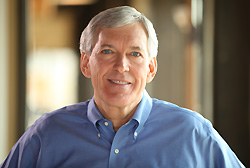 Former Dallas Mayor, US Senate candidate, distinguished business leader and White House Fellow Tom Leppert will deliver the keynote address at the award program. Leppert is a recipient of the Torch of Conscience award from the American Jewish Congress and the Distinguished Business Leader award from the Dallas chapter of the Texas Association of Business. He was also named a 2007 “Business Person of the Year” finalist by the Dallas Business Journal, and “CEO Of The Year” by D Magazine in 2008.

During his tenure as Mayor (2007-2011), Leppert donated his salary to a scholarship fund for students from low-income families. He is also credited with developing an ethics plan to modernize the city’s campaign finance disclosure system.

The GDBEA program is presented by NTEA in recognition of local companies that have made a commitment to ethical business practices and demonstrate that commitment in their everyday operations, management philosophies, and in response to crises or challenges.

Leppert will keynote as two Dallas companies are recognized at the 17th Annual Greater Dallas Business Ethics Award (GDBEA) luncheon Tuesday, May 2, at 11:30 a.m., at the Clubs of Prestonwood. The program is sponsored by Akin Gump and presented by NTEA and Success North Dallas. The event is open to the public and tickets/tables are available at gdbea.org.